Home » Health Tips » You are reading »

Vegetables and fruits against cancer and other diseases

Artichoke – It has a very bitter taste, but itвЂ™s healthy vegetable which stimulates and helps the digestive system. It is said that it cleans up the digestive process.
Asparagus – Rich with selenium, and element that protects from breast cancer, and cleans the body from cholesterol, as well as the lymphatic system.
Green beans – Very popular and has a great taste to boot. It contains strong substances that prevent cancer.
Beet – Sliced and baked beet is a popular ingredient in many salads and fast foods. It strengthens the immune system and maintains the health of the liver. The juice from the beat is also an amazing medicine for adults and children alike.
Broccoli, cabbage, cauliflower and kale – Are everyday foods in the mediterranean countries, and their structure strengthens the immune system and prevents the occurrence of and expansion of cancer.
Tomatoes, peppers and eggplant – Are again everyday foods in mediterranean countries. They contain a lot of phyto-nutrients, and mostly flavonoids that act against the cancer.
Spinach – rich with carotene, regardless of if itвЂ™s cooked or not. Women who eat more spinach, have a smaller chance of contracting cervical cancer. It makes it 3 times less likely to contract cancer.
Potato – because mediterraneans rarely use soy in their diets, the potato is widely used. The potato contains protease inhibitors which are just as effective as those in soy.
Carrot, celery, parsley and parsnip are also commonly in the diets of healthy people. Rich with chlorophyll, which is useful in preventing some types of cancer.
wild vegetables – dandelion, chicory, small wild asparagus – are often found on your dining table. They contain a lot of minerals and goods which prevent the occurrence of cancer. The dandelion especially helps with the breasts.

Fruits
Rutin is a powerful antioxidant which is said to stop the early stages of cancer. ItвЂ™s contained in two famous fruits: in grapes and berries such as blackberries, strawberries and raspberries. Which besides rutin contain an antioxidant which prevents the expansion of cancer.
The substances in grapes are acids which shield against cancer, but remember selenium also shields the breasts. Grapes with seeds should be used widely in your menu since they combat cancer the most effectively. 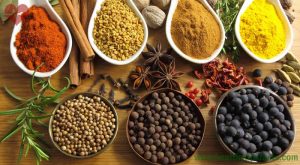